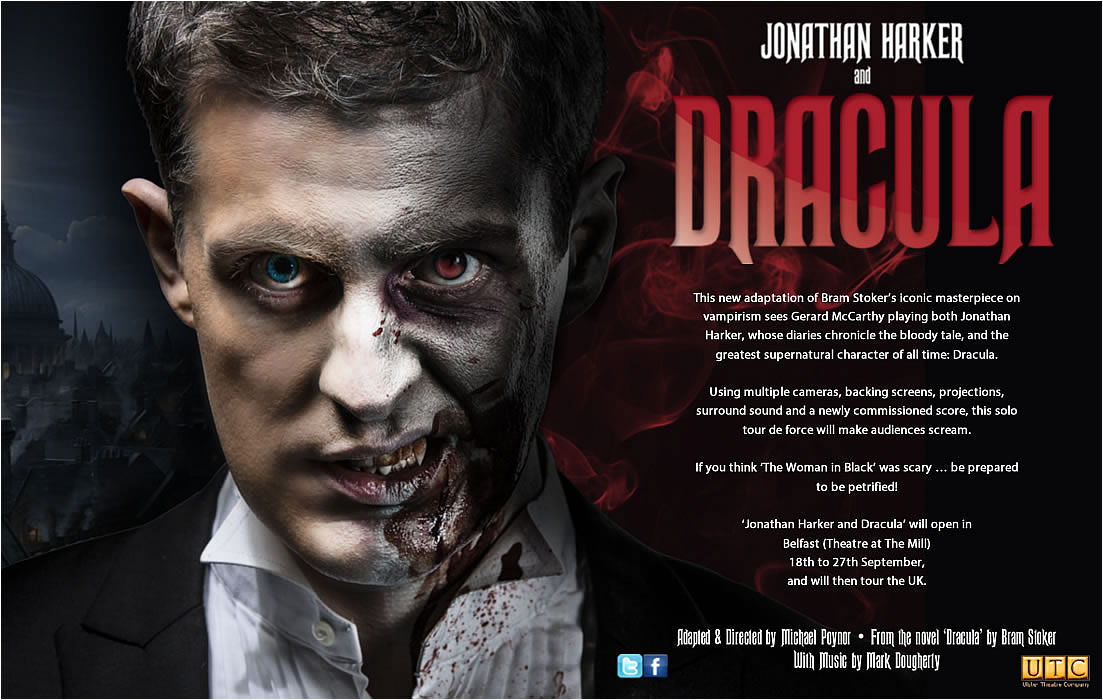 This new adaptation of Bram Stoker’s iconic masterpiece on vampirism opened at Belfast's Theatre at The Mill on 18th September 2014 to standing ovations.  Gerard McCarthy played sixteen roles including Jonathan Harker, whose diaries chronicle the bloody tale, and the greatest supernatural character of all time: Dracula.

Adapted and Directed by Michael Poynor with original music by Mark Dougherty, the production followed its Belfast opening with a tour of Ireland in October and November of 2014.

The play is available for touring and runs.